Porsche: The Story So Far

When we think of Porsche, we naturally think of luxury and powerful performance cars, and why shouldn’t we? Since producing their first model in 1948, the iconic Porsche 365, they have produced many classic cars such as the 1952 Porsche 550 Spyder, the original 1964 Porsche 911, and more recently the Porsche 911 GT2 RS in 2019 – to name just a few.
Ferdinand Porsche established the brand with just a workforce of 200 when producing the first model in 1948, and by 1956 they had produced 10,000 different models. He had, however, been working on developing various designs for many years beforehand, which ultimately became the first Volkswagen, and in 1931 he incorporated his own name to create the Porsche company.
The very first Porsche that he created was actually in 1938, made from the machinery and parts of the VW Beetle, and was christened the “Porsche 64”. From these humble beginnings the story really took off. 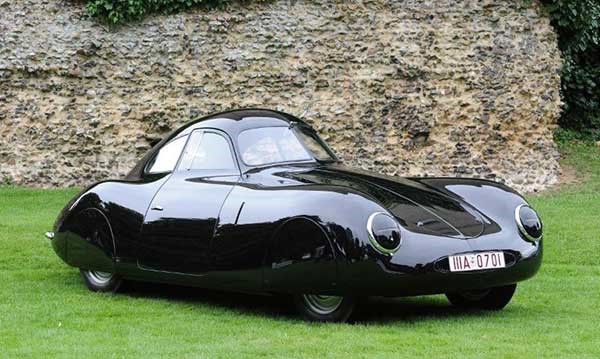 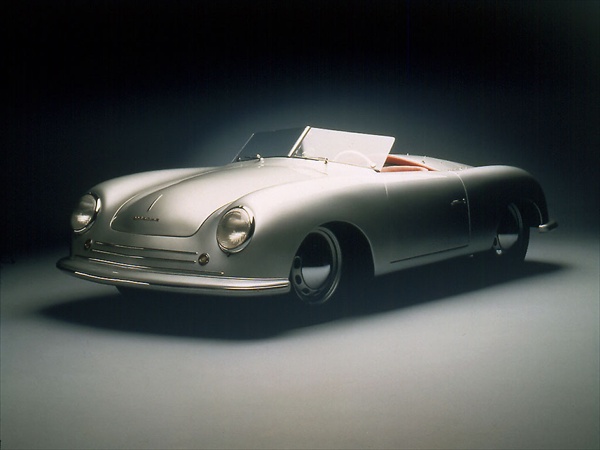 During the early 1940s, production was brought to halt because of World War II, with Porsche actually designing many tanks for the war effort. Its own plant was also destroyed and it was not until 1947 that production really resumed, with a Grand Prix racing car being their first major project.
The following year, 1948, is when things really started, with the production of the 365 and also the creation of the now famous Porsche logo – which was based on the “Coat of Arms of the Free People State”, which had Stuttgart as its capital and where the headquarters of Porsche can still be found today.
When Ferdinand Porsche passed away in 1951, his son Ferry took over, a year that also coincided with the 365 gaining its first international win; the 1100 CC class.
In 1953 they produced the now famous racing car, the 550 Spyder, and with its 1.5-litre four-cylinder engine, it became a huge success. It was also during this era that Porsche became the first manufacturer to gain race sponsorship. Even to this day, the Porsche 550 is one of the most frequently reproduced classic cars.

During the early 60s, Porsche began working on a new model, with Ferry’s son Alexander working on a new body design. At the 1963 Frankfurt International Automobile Show the classic Porsche 911 made its debut, and in 1964 the production of the coupe version of the 911 began.
This air-cooled, rear-engined sports car with its six-cylinder “boxer” engine became a great success, with both the classic and coupe becoming big sellers and the Porsche brand gaining popularity throughout Germany.
The 911 has gone on to become Porsche’s most well-known model, with success on the race track, in rallies, and in terms of road car sales. The car still remains in production, with many generational revisions, sharing only the basic mechanical configuration of the original 60s car.
At the end of the decade, Porsche introduced the 914-4 and 914-6 mid-engine mounted sports cars, winning world championships and further growing the brand name. Porsche continued to expand in the 70s, so much so that they became a public company in 1972, officially known as Porsche AG.
The 4.5-litre 12-cylinder Porsche 917 was also produced at this time, winning most competitions it entered. By the mid-70s, yet another new era dawned, as the Porsche 911 Turbo was born. By the end of the 70s, Porsche had introduced the 924 and production was well under way on the 928 in Stuttgart.
By the late 1970s, production of Porsche models had surpassed the 300,000 mark. 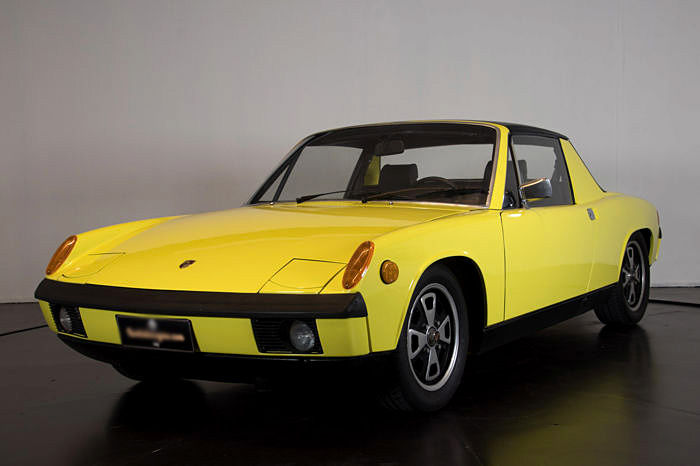 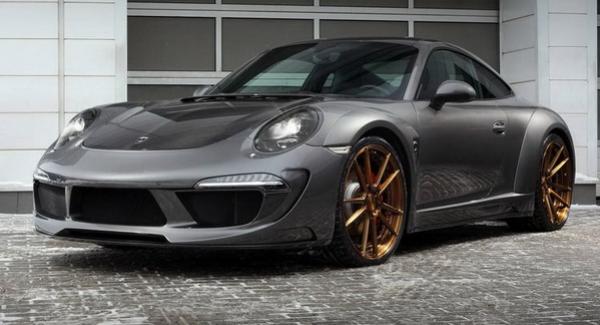 From the 1980s to the new Millennium

In 1982, Porsche Cars North America was established in Nevada, and the 956 became the most successful sports car of its time. The 959 followed, and despite only a limited production, it became the first sports car winner of the Paris-Dakar rally.
In 1986, the Porsche 944 became the first car to be sold in the USA with both the driver’s side and that of the passenger having airbags fitted as standard equipment. Just a year later, Porsche celebrated the production of number 250,000 of the 911.
The Porsche 911 Carrera 4 made its debut at the end of the 80s, and just a year later the decade came to a close with the second-generation Carrera, the first model to incorporate the new Tiptronic transmission. To complete what was a very productive decade, Porsche received a contract to build the high-performance 500E sedan for Mercedes Benz, going on to produce nearly 11,000 by the mid-nineties.
The early 90s saw Porsche refocus on the 911, going on to produce the new 911 Turbo with its bi-turbo engine and also, prior to that, the popular Boxster concept car. The new 911 Turbo, due to its advanced technology, also produced fewer CO2 emissions.
In July of 1996 the one-millionth Porsche was built, and in 1998, the first 100% completely new 911 was manufactured, the first of its kind since the original in 1964. The liquid-cooled engine was a break with tradition too. Sadly, 1998 also saw the death of Ferry Porsche, who passed away at the age of 88.

With the arrival of the new millennium in 2000, Porsche continued its development programme with a range of new models being released over the following years.
In early 2000, the Boxster and Boxster S saw larger capacity engines, and the Carrera GT was unveiled.
2001 saw the Porsche 911 GT2 make its debut and by 2005, we had the Cayenne Turbo, the Carrera GTSupercar, the Porsche 911 GT3, the all-new 911 Carrera, and the Carrera S all on the market.
On the 31st of January, 2009, Porsche opened its own museum in Stuttgart-Zuffenhausen, showcasing the Porsche brand to visitors from all over the world.
Since 2010, Porsche has continued to produce many noteworthy classics and reached further milestones. This list includes the Panamera GTS models, a 50 years anniversary 911 model, the debut of the Porsche 911 Targa, the opening of the Porsche Experience Center in Atlanta, Georgia, an overall victory at Le Mans in 2015, the production of the one-millionth 911 in 2017, and the debut of its first fully electric vehicle in 2019, the Taycan. 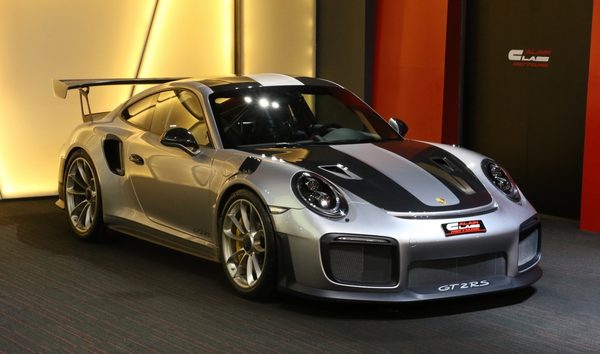 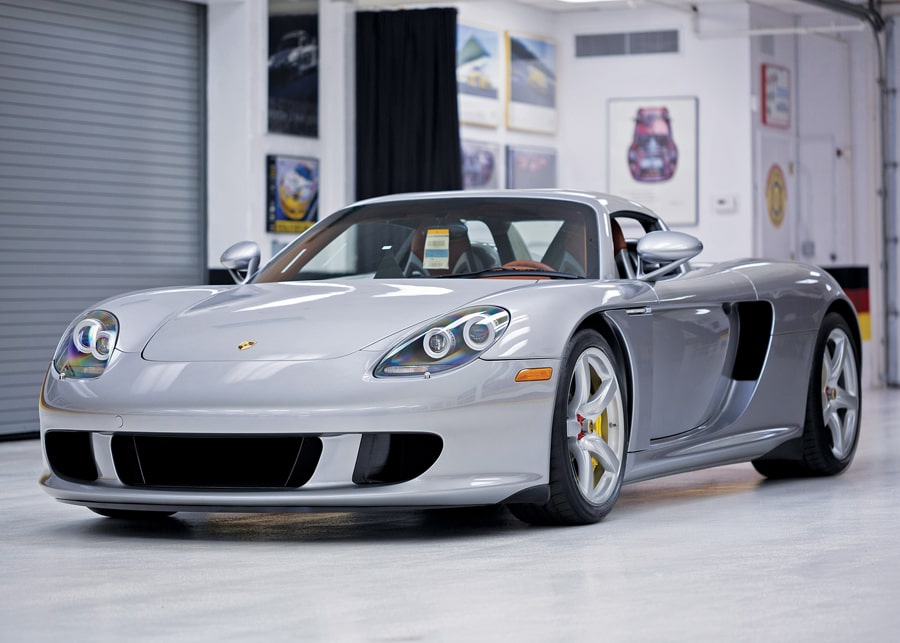